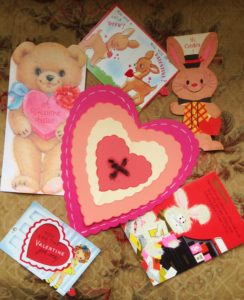 This year, Ash Wednesday and Valentine’s Day both fall on February 14.  The two are unlikely bedfellows, so to speak.

Ash Wednesday is a day for Christians to face our mortality head-on and clear-eyed, to gaze into the bleakness of what would have been, had it not been for God’s saving grace.  It marks the start of Lent, the forty-day period leading up to Easter, during which prayer, repentance and self-denial are encouraged.  Lent’s Biblical basis is Christ’s retreat to the wilderness to commune with the Father in preparation for his ministry.

Valentine’s Day, on the other hand, needs no explanation.  For most of us, it involves the giving and getting of various treats.  It’s a day for indulgence, not denial.

To Lenten sticklers for self-abnegation, the concurrence of Ash Wednesday and Valentine’s Day will likely pose a conundrum.  To deny or not to deny?  Chocolate or no chocolate?  Dessert or no dessert?  Wine or no wine with that special Valentine dinner?  Perhaps a compromise:  to begin the denial process on February 15?

I’ve written several times about Ash Wednesday.  See: Looking into the Ashes (March 1, 2017), and Saved from the Ashes (February 10, 2016).  I’ve tried Lenten self-denial in the past, but I’ve been known to lose track of the larger purpose.  The season’s truly spiritual pursuits–prayer, Bible reading, penitential introspection–they sometimes were left in the dust of Ash Wednesday.  A couple of times, when I renounced all things sweet, my Lenten journey became little more than a period of dieting.  I wince when I recall certain instances of self-righteous forbearance that must have made me a most disagreeable companion.  See Mindful Eating, and a Mindful Lent (March 24, 2012).

The purpose of Lent is to try to become more like Christ.  Instead, in our singular focus on denial, we become more like the Pharisees, those elite Jewish leaders who prided themselves on following every iota of the Mosaic Law.  They were probably among those Jesus denounced for ostentatious fasting:  “And when you fast, don’t make it obvious, as the hypocrites do, for they try to look miserable and disheveled so people will admire them for their fasting.  I tell you the truth, that is the only reward they will ever get.” (Matthew 6: 16, New Living Translation)  Jesus called out the Pharisees for their empty, showy arrogance and for the stumbling blocks they set up for others:  “You shut the door of the Kingdom of Heaven in people’s faces.  You won’t go in yourselves, and you don’t let others enter either” (Matthew 23: 13).  Overly zealous regarding trivial details, they missed the big picture:  “You are careful to tithe even the tiniest income from your herb gardens, but you ignore the more important aspects of the law–justice, mercy and faith.  You should tithe, yes, but do not neglect the more important things. Blind guides!  You strain your water so you won’t accidentally swallow a gnat, but you swallow a camel!” (Matthew 23: 23-24).

On this Ash Wednesday, I look into the dark ashes and contemplate Jesus’s supreme sacrifice.  I give thanks that his unimaginable love lifts me from the depths of destruction and despair.

On this Valentine’s Day, If I know my husband, he’ll come home with a big box of Russell Stover’s candy.

During Lent, I will try to take Jesus as my role model.  I will keep my Bible close at hand.  And I will eat some chocolates.  I may also swallow a few gnats.  But I hope to avoid the camels. 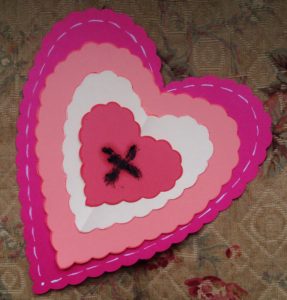